"Suddenly, Bedstemor had a job to do. Her time had come. She raised her head and blew short little breaths."

​Ibsen poignantly relates a series of vignettes of individuals ranging from idealists to dogs confronting life-endings, asking why, and forming new perceptions of experiences in other dimensions as they accept, integrate, and journey off onto various new beginnings. She hopes that this stunning and moving compilation "will lead to more enjoyment of here, a new conscious awareness of the hereafter, and new understandings about the connections between them" since she believes that those interconnections make life fascinating.

Poetry, psalms, and photographs deepen readers' engagement with the beings whose stories she tells as the narrative unfolds. For example, readers visit ceremonies and receptions in mundane places and fellowship halls. They learn about inheritances, handmade coffins, and belly dancing and hear songs and prayers. They also meet contrasting personalities, such as Methodist ministers, family members, gambling friends, and twelve steppers. And, in keeping with what all must one day face, they witness the inevitable gathering at bedsides and moments of passing.

The author's intimate portraits are well done, skillfully conveying the deep feeling and eternal impact of the people about whom she writes. For example, she describes how Charlotte, "like a baby chick, lay patiently in a hand-carved wooden egg—about to hatch, about to continue her healing work, newborn, in another place, in another way." The dialogue is incisive and will likely help many who, as a result of being in shock, go through the loss of loved ones in a blur. In this regard, her book can function like a grief self-help group for those without the time or inclination to go.

​RECOMMENDED by the US Review 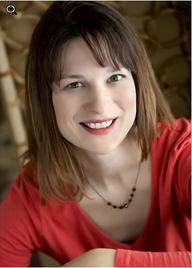 Betty Christiansen
A memoir succeeds when it does one of two things: tells a deeply satisfying story of its own, or raises themes so universal that readers find themselves pondering their own story as they read the experiences of another. Joy Ibsen’s book Here & Hereafter: The Eternity Connection, does both.

In her introduction, Ibsen explains that she did not set out to write a memoir; her goal was rather to write “real life stories about death and life.” Thank goodness she could not keep herself out of these stories, which explore issues of death and what happens afterward—for the living and the dead—by detailing the losses of childhood friends, generations of family members, national leaders, a former husband, and even a dog. Without Ibsen’s presence, her voice, and her guiding reflection, many of these stories—like any deep loss—are too much to bear. By inserting her perspective—as a child, a granddaughter, a daughter, a citizen—she gives readers a context that helps these losses mean something more. For example, we aren’t just told the heartbreaking story of Karen Ann, a childhood friend who unexpectedly dies; we see the longer journey through that loss and how early perceptions of the “right” way to grieve can lead to self-discovery decades later. We read Karen Ann’s story and begin to explore how loss transforms us, too.

Ibsen’s accidental memoir is a good balance of self and other—the compelling stories with two common threads running through them: deaths, or as Ibsen prefers to call them, “life-endings,” and her own progression through them as she seeks to answer the questions “What on earth are we doing here?” and “What happens after death?” Naturally, the questions are never really answered, even for Ibsen herself. But what she does offer—to us readers who have wrestled with fear and loss and grief and those very questions ourselves—are her own discoveries and glimpses behind the veil separating life and death. She invites us to take a peek, too, and to see our own experiences of loss in a new way.

Conclusions drawn from these glimpses, from a trusted guide who has witnessed death and presents her own pain and disillusionment honestly, include several that bring a welcome peace and, of course, more questions. From an early age, Ibsen detects that the dead are “just fine”—it’s the living who must wrestle with the loss. On more than one occasion, she or others close to the dying experience a presence or even a voice from the newly departed, an assurance that all is well. Such experiences are not defined nor restricted by religion or belief; they just are, and the fact that they are open us up, as readers and fellow travelers on a path marked by loss.

Ibsen’s honesty in describing her experiences, questioning them, and evaluating them against her own beliefs as a minister’s daughter gird her authenticity and open her readers up not only to her stories of life and life-endings, but their own, and all the possibilities therein.

This memoir by Joy Ibsen of Silver City is an introspective journey of life that she shares with the reader. It is a recollection of those she has known since her childhood to the present day, some of whom have passed from our plane of existence. It is an account that, in the author's own words, asks the questions, "What on earth are we doing here?" and "What happens after death?"

Through the deaths, which the author refers to as life-endings, of persons she has known, including childhood friends, co-workers, her own parents, friends, and even pets, she brings a new view of the departure of those who have passed. Here and Hereafter not only puts before the reader the situations of various lives, but the conclusions of the earthly existence of those she has known.

Does life have a purpose? Are we totally individuals or are we all a part of one great body of humanity and inter-connected? In reading Here and Hereafter one may be led to confront one's own reason for living. This is no ordinary story book, though the accounts of people she has known are engaging and will hold the reader's attention.

The book is structured in such a way that the reader can put it down and resume reading later without losing a story line. It is a book that busy people can read during time stolen from a heavy schedule, or during rare moments of leisure, or one can try to plow through the 250 plus pages in one sitting, however, be warned that the reader will be challenged to stay with the journey to which he/she is being led, without pausing for personal reflection and deep thought. This book brings about one’s own introspection and views of our current existence. .Each story-chapter is engrossing and self sufficient enough to set the tone for deeper questions into the meaning of our own lives.

​As Joy Ibsen has progressed through her own life’s experiences, she has put this memoir into four sections, each containing an account of a person or persons in which she has been in contact. The first part is about her early childhood and her recollections of confronting the end of life. The second part is about her search for reasons that people pass on. In the third section she moves to the almost mystical or supernatural occurrences of what many experience after the loss of loved one.  In the last section, the author shares with the reader her more recent life’s experiences, including the loss of a beloved pet, and in a final afterword, the author shares her own conclusions with the reader.